This is a question I hear a lot. It seems like many, many people would like to be paid to write for video games. Hey, who am I to argue? I love being a game writer! But how does one become a successful, published, paid (like, with real money) game writer?

Game writers (and narrative designers) come from many different backgrounds, and the paths that led them into these unusual roles are equally diverse. Some game writers were successful writers from another medium who transitioned into games. Some were game designers who found they had a flair for storytelling.

There are many ways one might find their way into the enviable role of professional game writer. But there are three main pathways I've seen most often work, and so these are the three channels I'll focus on here.

However, first let's start with a seemingly popular strategy that I don't necessarily recommend.

I'd like to discuss a less-than-optimal trajectory that many young, aspiring game writers seem inclined to pursue. Let's call it "train solely as a game writer, then try to break in". The plan usually looks something like this:

The only problem is, it's extremely unlikely to land you paying work in the arena of game writing.

Now, I'm not going to say this method is impossible, but it is certainly a very, very challenging path. Advertised game writing positions are few and far between (compared to more generic roles, such as game designer, game producer, game programmer, etc.). Competition for the few advertised game writing positions that come up is extremely fierce. For each of these openings, you will be going up against other writers -- probably dozens, scores, or even hundreds of them -- many of whom are already working in the field and have demonstrated their ability to write for games in the real world.

This will happen for every advertised opening you see.

So you're trying to compete with published game writers, with your not-so-published samples. It's a recipe for continually banging one's head against a very hard and painful wall. Whoever is sifting through the incoming applications will sort them into two piles: those from established, proven game writers, and everyone else. I'm sure you can guess which pile the hiring manager(s) will go through first.

Even for established game writers such as myself, applying to advertised positions is often a losing proposition, due to sheer odds. If 100 people apply for such a position, what are my odds of getting into the top ten? Given my experience level and published titles, usually not bad. But what are my odds of beating out those other nine professional writers? Probably around 10%.

Well-established, well-connected game writers usually rely on our professional network to find out about unadvertised opportunities -- the kind an aspiring, untested game writer would probably never hear about.

So, training yourself to be a game writer (and only a game writer), then trying to make it through a studio's front-door hiring process, with no established credits? It's a very, very difficult prospect.

There are better ways.

1. Try to break in via a more common role, then transition to the narrative side of game development.

This is also known as "bringing something else to the table". Though not easy, it's probably the strategy with the best chance of success. Here's how (and why) it works.

As I mentioned above, opportunities in more generic game development roles (such as designer, producer, etc.) come up more often. That's partly because most teams need more of those folks than game writers. For development of a mid-level PC or console game, a 100-person team might consist of 15 designers, 15 artists, 15 modelers/riggers, 25 animators, 20 engineers, 5 producers, 3 audio experts... and maybe 1 to 3 writers/narrative designers.

So from a purely statistical point of view, the number of game writing job openings will be only a fraction of a more common role like a designer or engineer.

So, trying to break in via one of those more common roles -- with so many more opportunities -- should be a lot more feasible.

This is why every one of the Game Writing concentration students at Cogswell College (where I currently teach) is trained first and foremost as a game designer. It is a more generalized, more flexible, more versatile, and (dare I say) more marketable skill set.

Once you're well-established inside a studio, in one of these more generalized roles (designer, artist, engineer, producer, QA, etc.), you can then begin to reveal your "secret super power". When the time feels right, let studio leadership know that you have a strong interest in narrative. In a good studio culture, you'll be permitted to attend story-related meetings and eventually given a chance to contribute. (Just be sure to not slack on your primary responsibilities during this process!) Over time, game story development may eventually become your "main thing".

The fact is, folks inside a studio would much rather hand off work to somebody who's already in-house and who has gained their trust, than to post an ad online and contend with piles of cover letters, resumes and writing samples. You're simply at a huge advantage if you're already inside the studio's walls.

This is essentially the path I took (with a dash of #2 below, for good measure). I entered the game industry as a producer, and over time got more and more involved in the narrative side of development, until it eventually became my main focus.

2. Become a successful writer in another medium, then attempt to transition to games.

This one is obviously not so easy, but I've seen it work, especially for writers who can show success in another visual storytelling medium such as comics, TV or movies.

I'm not going to elaborate too much on this scheme since now you've got to figure out how to break into one of those other media, which itself can be at least as challenging as breaking into game writing!

But if you're already at that point of success in another medium, then the next step is to learn what makes writing for games so fundamentally different from what you've already been doing. Don't just assume it's the same process, as there are some major differences!

3. Assemble your own team, make your own hit game, and then reap the reward (or parlay it into industry work).

This is the classic DIY approach. We live in an age where there are few barriers to anyone who wants to publish a game on platforms such as the PC and mobile.

The advantage here, of course, is that you don't need to wait for anyone's approval or blessing... you can just go and create the thing you want, and put it out for the world to see!

The downside can be the massive amount of work it is to release any type of game, especially those aspiring to immerse the player in a compelling story. And also, no salary, no benefits, and no guarantee you'll ever make any money on the project.

As you can probably tell, there's no quick-and-easy way to break in as a professional game writer. I've identified the three main paths I've seen work in my time in the industry. There are surely other ways to do it.

Maybe when you forge your own path you'll let me know how you did it, so I can add it to this list!

Meantime, best of luck to you! 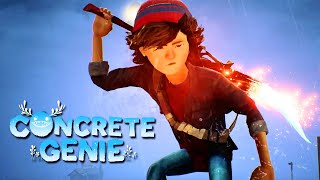